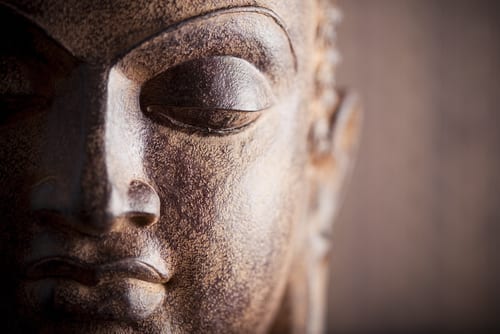 I had the privilege of driving Shaun de Warren  yesterday. Shaun has been hosting The Prosperity Club in the Remembrance Hall on Flood St in Chelsea for many years. The group is usually made up of all ages and types, from builders to hairdressers to journalists.

He in an unlikely Buddha having spent early life in Bangalore India then a stint in the military after which he moved on to become a lawyer. In fact, he’s quite straightforwardly British, really. And his message, which echoes the teachings of such folk as Byron Katie (Google “The Work”), Landmark Education and Eckhart Tolle (The Power of Now), becomes reassuringly familiar after only a few visits.

He talks for 20 minutes or so and then opens it up for people to ask questions or share miracles or uplifting stories. It’s fine to share the difficulties too and many times I’ve listened to Shaun ask a simple question or share a perspective which brings clarity and movement to a seemingly stuck situation. You could say he is teaching the spiritual perspective of non-duality. You could also say that he is sharing on how to cultivate an “abundance mentality” and to use our powers of manifestation.

But ultimately Shaun is simply all about returning ourselves to a state of peace, no matter what our external circumstances or the story-line we’ve attached to them, and operating, with ourselves and all others, from a place of unconditional love. So I guess it’s no wonder that I’ve experienced some of my most peaceful moments at The Prosperity Club. So if you’re free on a Thursday at 7.30pm and fancy a little inspiration then why not pop along. And at an optional £7 entry I consider it very low-cost therapy indeed!