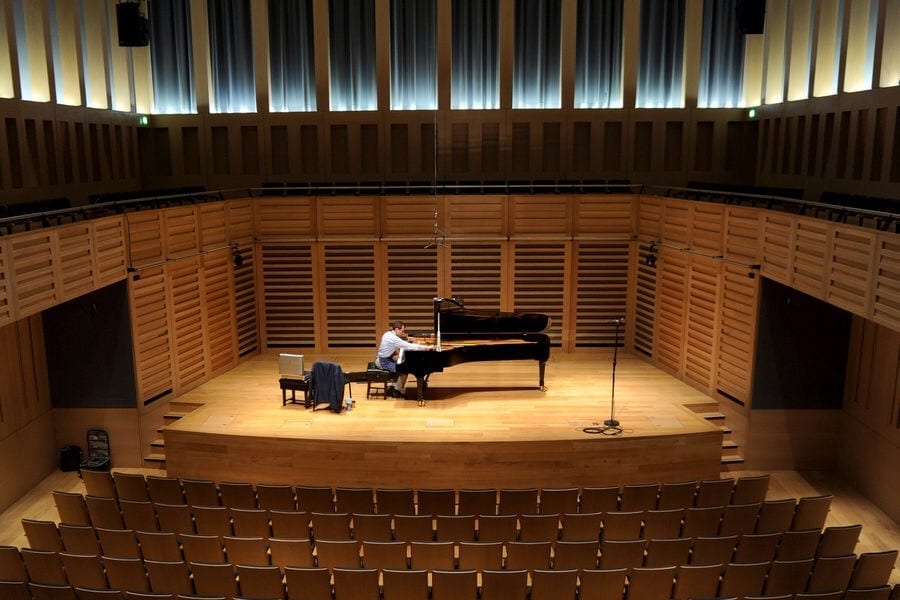 I love music… any kind of music!

I’ve enjoyed music as long as I remember. In my teens I liked Elton John and Rod Stewart and the more fashionable David Bowie thanks to my brother Peter. A little later in 1977 the punk thing exploded, and its close first cousin New Wave. I hung out with a few guys who were well into this scene. Although I was never a proper punk rocker, I tended to like the more refined bands of the time Bauhaus Joy Division and Scritti Politti rather than say the Sex Pistols or The Damned. We made pilgrimages to London to see bands and these were exciting times. London was the birthplace of Punk and I consider myself privileged to have experienced it, probably similar to folk who were around for the 60s flower power/rock scene.

When I was 20 I decided to go to live in California as a result of meeting a woman from LA I became friends with in London. Things didn’t quite work out there and a few months later I landed in New York where I lived for just over a year. During this time I met a Haitian couple who owned a little second hand store below where I lived in the East Village. They were dead hip and always playing jazz soul & funk which became my diet and I still love this music today. I spent much of my time in clubs there, including the legendary Paradise Garage and the lesser known but cult club The Loft, and my local Danceteria.

I returned to Dublin and started collecting feverishly buying any LP with a black person on its cover. I began to DJ in a few clubs there, and then in 1990 when I moved to London did a bit more here too. I loved hanging out in record shops like Soul Jazz and Mr Bongo which were around the corner from the coolest little restaurant I ever worked in called Andrew Edmonds. Within a couple of years I’d educated myself enough to start trading vinyl, which I’d source from the US. I used get courier flight tickets for £150 return so I didn’t need to make a fortune to cover my trip!

I’ve also listened to much rock over the years. My first ever album (on cassette!) was Sgt. Pepper’s Lonely Hearts Club Band, which I played every night for about 6 months. I also got big into Zappa and had about 40 lps of his. Other artists I’ve loved were Creedence Clearwater Revival, Little Feat, Jefferson Airplane, Jimi and Janis.

Nowadays I’m often listening to BBC R3 Late Junction, which is very eclectic, and also Bob Harris who plays country, acoustic and rock. Living in London is such a blessing as I so often hear an artist on the radio and a few weeks/months later I’m seeing them live. I like a venue with seats and artists who come out after and say hello. A few of my favourite venues are Kings Place, which has great acoustics (their saver seats are a no brainer £9.50), Bush Hall and Cecil Sharpe House. Have just booked Olivia Chaney at the former who kicks off my recent Spotify playlist. To anyone who’s recently arrived here, I say “Welcome to London, now Get Out…and enjoy some great live music”.